Ancient wisdom has been passed down through the ages, often surviving in spite of efforts to supress it.  Dictionary.com defines ancient wisdom as pre-Christian knowledge, philosophy, and belief.  Interesting, that qualifier – “pre-Christian”.   How much Ancient Wisdom is disparaged in modern times because it threatens the power of the Church?

Science has also been used to discredit ancient wisdom.  Some say that if something hasn’t been proven scientifically then it must not be true.  Proving something is not what makes it true.  Wisdom can be validated by science, but wisdom does not require scientific proof to be true and right.

My journey has lead me to explore beyond the confines of Christianity and science.  That does not mean I am tossing them aside.  For me the teachings of Jesus are what is important.  I take those teachings with me as I explore ancient wisdom as well as more modern ideas.  I want to learn what the Church does not want me to know.  I want to learn what science has not yet proven.  I want to discern for myself what is true and right.

For example, conventional wisdom has told me that astrology is a pseudo-science.  Astrology is one of those areas of ancient wisdom that I have been exploring.  I don’t mean to say that I am studying astrology, but I do listen to several astrologers.   Since I have been opening myself to this ancient wisdom I find that I can feel the energies that the astrologers talk about.  I probably always felt them, but didn’t associate what I felt with what was happening astrologically.  This week there was a full moon.   All week I have been feeling its energy and probably that of the other planets as well.  Some would tell me that I’m imagining it, or what I’m feeling is something else.  But if the moon can move the oceans, why wouldn’t we be able to feel its effects?

The notion of a god or gods, angels and so on, are also ancient wisdom passed down to us through time.  Each culture has their own gods with their own names and their own wisdom.   The Church has told us that there is only one true God and that all others are heresy because they threatened the Church’s power.  Some use science to justify the idea that there are no gods at all.  The existence of gods has not been scientifically proven, but that does not preclude their existence.  The Greek and Roman gods have been demoted to mythology, and yet they fill the heavens.  The stories, the myths, associated with Mars and Venus and the others are probably metaphorical, but who knows?  Maybe in some other dimension of space and time those stories really happened.  Regardless, the gods, in the form of the planets and the sun and the moon and the stars and other bodies in the universe, are very real.   Their influence can be felt and they have lessons to teach us – whether you believe in them or not. 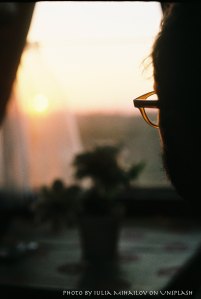 We all need to question anything purporting to be wisdom. People don’t believe in astrology because someone hundreds of years ago decided it was a threat to their power, and this lie has been passed down through the ages.  People don’t believe in God or someone else’s gods because they haven’t been proven scientifially, or they have been told those gods don’t exist because of a lie passed down through time.  To be wise you must discern and judge for yourself what is true and right.  Listen with an open mind and an open heart and you will feel, you will sense whether what you hear is true wisdom or something else.

One thought on “Wisdom”